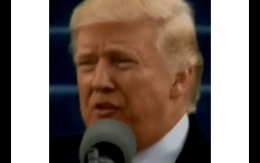 In “The Event” Energies, Trump Brings a Shift 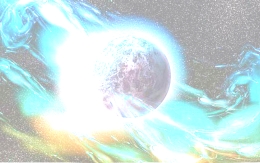 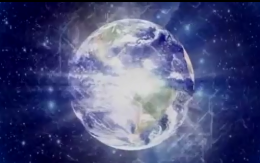 My Path to the New Earth Blog

You may at first wonder what Quantum Healing and Evolution are about, and then want to ask how they relate to each other.

Quantum Healing is a fairly new term for types of healing that utilize energy, intent, mind and spiritual influence, for often spontaneous and often seemingly miraculous healing.  Many new methods of effecting Quantum Healing are now being taught.

Earth has been undergoing a major step in her evolution, and since we depend on her, we’ve been changing right along with her.  Our bodies are changing.  We are awakening to ourselves as spiritual beings, and learning how powerful we really are.  Menu item About New Earth explains what is meant by the term.

How do the two topics relate?

I’m very lucky to have had, after my early Christian base, my background in metaphysics, healing and intuitive work, including shamanism.   In my search for truth beyond religion, I found metaphysics, the Ageless Wisdom, first in the Theosophical Society.  That’s where I discovered my teacher of esoteric knowledge, George Palmer, member of five esoteric societies.  Gaining the knowledge of metaphysics was eased for me by the brilliantly entertaining lectures of Anthony J. Fisichella.  I learned healing and energy work from Cherokee / Irish mixed shaman and renowned healer, Reverend “Red” Duke.  Red channels pure Christ Energy, resulting in miraculous healing.  Then I trained as a modern day shaman, with Dr. Gregory Antyuhin¹, meanwhile attending classes and workshops with other shamans, healers and intuitives.  I have to also mention the author Carlos Castaneda, whose “man of knowledge”, Don Juan, real or not, was a very import teacher for me.  His teachings were sometimes referenced by both Tony Fisichella and Dr. Gregory.

As year 2000 approached, Gregory began talking about a Transformation that we and Earth were about to undergo.  We were to transition into more evolved beings, as Earth changed.

As I followed that path, Dolores Cannon was perfecting her art of accessing the Subconscious, or Higher Self of her clients.  Over time, she was gaining deep metaphysical understanding from the Subconscious.  She began getting the same information about New Earth from t 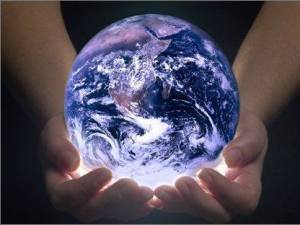 hem as Gregory was “seeing”.  Over the past several years, the turns of events seen by Gregory matched that given to Dolores.  They had no idea of each other, and probably still don’t.  When they both told of an Earth Split, with some left behind, other people saw the same.  And when they said that timeline had ended, that all Earth humans would go to New Earth, according to their souls’ decisions, a few other people independently got that same information.

I, myself, had intuited in fall of 2012, the gradual process that is unfolding.  We do now see a split in attitudes. While some people are dwelling on the negative, even acting out the worst of behaviors, others are increasingly more positive, powerful and optimistic. I’m not sure at this point whether the negative side will split off. I hope they change and stay in the developing beautiful New Earth.

When I envisioned my second career, it was to help other people.  QHHT is one of my ways.  Many of us who choose that our bodies live right through adjustment to New Earth have ailments, some to the point of being told by their ‘regular’ doctors to prepare to “die” (drop body is a better term, since we are immortal beings).  There are many types of true healing in the preferred health community (called alternative) that successfully heal those “terminal” or “non-treatable” diseases.  QHHT is the modality I have chosen, because it offers phenomenal healing and works with Spirit in an obvious fashion.

Now you see the connection between New Earth and QHHT.  These two topics tie in everything I’ve learned and experienced in my esoteric work.  I’m very excited about my life Mission, which is to show the way into the new world to the everyday person, to help us take our bodies into it, and to get oriented there.

Note 1:  Gregory is retired as an M.D. Psychiatrist, in Russia, now not practicing as an M.D.  Doctors retain the title upon retirement, and Dr. Gregory denotes a certain fondness.  However, to prevent “legal” harassment, they now call him Master instead of Dr.  I like to honor his training and former practice, plus I never liked “Master” as a title, due to the often undeserved, pretentious or exaggerated usage of the term.  However, Gregory’s spiritual and intuitive abilities, being far beyond what most humans think is even possible, do warrant his being called Master.

This is an old recording.  Gregory’s abilities have continued to expand.