Expansion of Consciousness in 5D

Around 2012, Earth humans collectively became more than 50% positive, Light.  Darkness is being driven away by our Light.  Harmony is gradually taking its place.  Our collective consciousness is of a higher vibration.  We learn compassion and to truly love, to make decisions from the heart and use our higher intuitive level, not the rational mind, in making decisions.  Soon there won’t be any secrets.  We will read each other and eventually use telepathy more than speech.  We will cooperate, rather than compete.  This is expansion of consciousness.

It Can Cause Conflict

When a fourth density 5D person interacts with someone of lower density, especially one who is brainwashed, as most are, it is usually a drain of energy.  Try to tell them about multiple dimensions, first choice non-harmful methods of healing, energy work, extrasensory abilities, chemtrails, GMO, the Global Cabal, ET and aliens, etc.  You’ll be derided, challenged with the many clichés provided by their Controllers.

Don’t bother to engage the regular people until they show some sign of openness or awakening.  Feel love for them and move on. 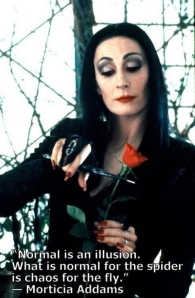 Communication with Non-Humans, and Other Dimensional Beings

I know a few people who communicate with plants and animals, and this will become more common.  Seeing, hearing, and communicating with angels, guides, soul families, and others is everyday in my world.  This is natural, as our love increases and blocks are eliminated.

Changes in Concept of Time

We’ve gone through thinking of time as an age or an era or a lifetime, to time as experience and days passing.  We’ve felt time as change.  We have all experienced the shortening of days, time passing with increasing speed, as there were many changes in our real worlds.  Now we have to run to keep up with it.  That’s because we feel time as a crossing between the real and ideal worlds.  Every time we learn something or gain a new perspective, our ideal world changes.  So many crossings between the real and ideal worlds has shrunk time!  We will get over that in 5D.  Read on.

Recall that in New Earth, some people still live in third density, experiencing a denser, 4D kind of life (I just say in 4D, for short), and there is vacillation between densities, for some.  In 4D, we feel we are sharing one timeline.  In fact we don’t even think of timelines.  We feel an experience of time, and think we can measure it.  We can, however, jump from one shared timeline to another, whether we know it or not.  Time slips, being just a phase out of sync, could happen accidentally in 4D.

In reality, we agree to share our personal universes and in 4D we use time measurement to sync them up, subconsciously, of course.  We stay closely in sync in 4D.  In 5D, we still have such an agreement, but looser.  We don’t feel stuck so tightly on a timeline.  Time always was flexible for us, personally.  We didn’t feel it in 4D, because we kept in sync.  We’d get into a hypnotic state by watching TV, we’d do a meditation, get our teeth drilled, or do something we enjoyed.  All of those would shrink or stretch time a little, but then we’d sync with the clock.

In the fifth dimension, we learn that we can be free from the restrictions of shared timelines and time limitations.  We can more easily jump from one shared timeline to another, like to one more fun, fulfilling, interesting and carefree.   We learn to “stretch” time, meaning x+y hours of experience in x hours of time.

Gosh, using computers and phones all day, it got ridiculous for me, looking at the time so often.  I’ve taken the clocks off my computer displays and practice not looking at the time when I answer my phone.  I don’t know what time I go to bed, and I don’t use an alarm unless I need to get up or go somewhere.

Manifestation in 5D Is Fast and Easy

In 5D, we are quickly learning to be in control of ourselves and our environment.  We quickly manifest our desires.  We can switch from one Multiverse path to another, easily, more independently, changing our future, and so, our past.  Last week I felt myself skip to a new Multiverse path, several times.

Ever Present Now Becomes Real to Us

Since nothing is ever happening, but all “Multiverse pebbles” are existing always, we can go to what we think of as the past, to simultaneous lifetimes, or into the future.

Soon, our consciousness will expand in another way.  Earth has been under quarantine by the Galactic government’s forces, because it has been under control of beings of mal intent.  Mankind, ourselves have been too dangerous to interact with.  Now that’s changing.

The white hat ET observed the G20 meeting last weekend.  More is happening.  Most people on Earth know that the ET are here.  We’ve seen and spoken with them, seen their ships, or we spend time looking up, sending the request that they make themselves known.  We feel love for them.  Knowing that ET are here and out there is expanded consciousness from believing they don’t exist.

Imagine that the person somehow learns of other dimensions, even travels interdimensionally.  They undergo another expansion, to interdimensional consciousness.  People are doing this, already, too.

This twenty minute video by Brad Johnson is an excellent coverage of third and fourth densities.