“There is a fifth dimension beyond that which is known to man. It is a dimension as vast as space and as timeless as infinity. It is the middle ground between light and shadow, between science and superstition, and it lies between the pit of man’s fears and the summit of his knowledge. This is the dimension of imagination. It is an area we call The Twilight Zone.”

I’m occasionally asked what I mean by 5D.  I’ll give a definition and say something about the experience of it.

I use D for dimension, and say we are now in the 5D New Earth.

A dimension is also called a space.  You get that it’s a world or universe, a space or “arena” of existence.  Loosely using familiar terms, you may have been taught, rightly so, that there are heaven(s) and hell(s) of existence.  These are, respectively, dimensions of higher and lower densities.

What do we mean by density?  Think of water going from ice to water to steam.  The higher the density, the easier to move through it.  5D’s 4th density is much less dense, higher in vibration and lighter than our old 4D 3rd density.  Really, it has more Light.  And it has a higher vibration.

There is a technicality of terminology, the not knowing of which will cause confusion.  The fifth dimension contains the 4th density.  Some say we are now in 4D, meaning 4th density.  When you hear someone saying 5D or 4D, get clear whether they mean dimension or density.

A dimension may encompass more than one density, though one usually predominates.

After 2012, Earth moved rapidly from 4D into 5D.  She is still adjusting her physical body (our physical world) clearing away what can’t remain in 5D.  At this time, our Earth’s 5D contains both third and fourth densities.

Many people are still living a 4D life. 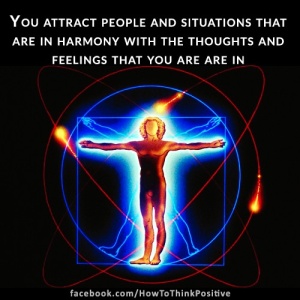 This is due to fear, meanness, greed, hatred, and other lower vibrations.  As we enter 5D, we strip away psychological limitations, emotional pain, and limiting concepts that we still believe.  We become more positive.  That changes our density, bringing us from a 4D to a 5D life.  In fact, our lives are better for each little issue that comes up and we release.  Life gets easier as our vibrations increase, our density lessens.  Many of us are vacillating somewhat, between 4D and 5D lives.  The odd to see phenomenon is how those mainly in 4D and those mainly in 5D don’t really mix.  You know a lot of bad stuff is happening, but it’s not in YOUR life.

Here are a very short video by Bashar and a longer one by TReb on Density and Dimensions.  In addition to this topic, TReb gets into time and consciousness, which I’ll talk about tomorrow.  He also explains more of the metaphysical levels, which is too much for many of my readers at this time.  It would be very good, though, to listen to it, as an introduction.

Note added after initial publication:  This Bashar video is from the Conscious Life Expo in Los Angeles ,2012.  He says at the end that we are in the 4th dimension (4D), know that since 12/21/12, we’ve moved to the fifth dimension (5D).