I won’t dwell on the negativity of our current global condition, so as not to hold down the vibrations of myself and others.  So, if you are unaware, please seek out the facts¹.  I am writing to urge solutions.  I want you to take it lightly and happily, as I do.  The intent is to bring ourselves to a happy state of Freedom and Abundance!  I do have to preface in this post, with a brief survey of where we are and why I phrase it as “Freeing Ourselves”.  The suggested approach to solutions will follow in the next post.

Plans have been made behind the scenes to ease chaos and financial distress when our global rulers are completely removed, as many have been already.  This has involved awakened people with know-how and vision, defected members of Cabal families, and Extraterrestrial people (ET).  [Please consider it as a possibility.  Even if you throw out the ET involvement, I hope you’ll consider my ideas and start working toward Freedom.]  There are ET waiting in the wings to help us.  Increased ET spaceship sightings and reports² indicate that huge numbers are hanging close-by.  However, they and the rest of the planners are waiting for something.

The Prime Directive is not to interfere with the affairs, the Free Will, of a lesser developed civilization, even with good intentions. At this time, evil is so bad on this planet, that without help, enslavement would have completely engulfed us, and eventually spread throughout the Milky Way, to other galaxies, and maybe even to other universes.

It appears that their objective while waiting is to prevent actions by the Cabal that would markedly further harm Earth or remove our ability to rightfully defend ourselves.  Witness the foiled attempt to start a blood bath between militia and the Bureau of Land Management (BLM) at the Bundy Ranch confrontation.  Hearsay is that it was ET who jammed the weapons of the background ops who were to have fired on both the BLM and the militia.  That would have set off a chain of events leading to an excuse to come after militia, gun owners and all of us “terrorists”—citizens who want a government of the people; those who seek elimination of unlawful and illegal corporate conglomeration government entities; those who speak up; nonconformists.

What are the planners waiting for?  We’ve been looking at The Event as energies that will make it undeniable that Earth and we are forever changed.  Meanwhile, a series of increases in transformational energies is opening our hearts and minds, changing our DNA, cleansing our body/mind/soul complexes, and cranking up our energetic frequencies.  I feel it likely that the Event will be another HUGE energetic push.  It will be followed by the planned events for elimination of tyranny, including ET first open contact.  At that point, we will be much more awakened, with expanded consciousness, ready for change, and no one will be able to still be happily in the Matrix.  Of course, no one really knows for sure about how or when The Event will happen.

It seems, though, that the planners await something more.  Their plan is not to come in and take us over, nor to do it for us.  They are waiting for us, not just to awaken, not just to ask for help, but to take self-responsibility and 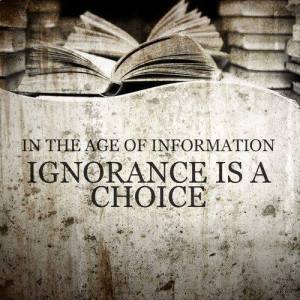 Our willingness is obvious when the facts are so widely known, yet people from around the world complain of what governments are doing, as if they had no power.  People refuse to be powerful until the faux government grants permission.  Some stage protests—requests or demands by slaves to the masters.  Why would a true owner ask permission of the squatters?

Most people live completely inside the unreal Matrix, acting as a clone on the job, coming home to watch the faux news to make them feel informed, staying distracted and stressed by watching more TV.  Some wrongly think they’ve left the Matrix by reading the American Pravda’s Associated Press on the Internet instead of watching their chosen mindless AP talking head on TV.  They still never have a thought that didn’t originate from or get the stamp of approval from mass media.  It doesn’t help that people generally aren’t healthy, for many reasons, most all caused by the controllers.

We will consider solutions in Part 2.

In the meantime, enjoy George Orwell’s look into the future at us.  Everyone should read George Orwell’s every word, especially 1984.  I like the book better than the movies.

Here’s a movie that addresses our situation and gives thoughts on strategies for Freedom:  THRIVE

You could start by reading/watching Alex Jones, Jordan Maxwell and David Icke.  Please just enough to understand the imperative of freeing ourselves, and not so much as to continue to hold down your vibrations by dwelling on negativity.  It would be good to balance your research with positive, uplifting endeavors.