Both premises of my website—New Earth and Quantum Healing—are the sort of thing the average person has never encountered.  Nowadays, when hearing of such things, many look around for someone to tell them whether it is okay to believe it or not.  They think of themselves as prudent and logical, but are really mass followers.  The now common attitude of disbelief until a thing is “scientifically” proven is illogical in itself, and is always applied inconsistently.  Everyone has faith and trust in all manner of unproven things.

Dreams, for example.  Almost everyone has them.  Dreams have never been scientifically proven, though cyclic brain wave patterns during sleep have been studied in detail.  These are correlated to subjective evidence, but dreams are a subjective experience, not brain waves.  People think that dreams are a proven fact, but turn around and disbelieve consistent, similar scenario subjective studies showing evidence for all manner of less common experiences, like various types of ESP, psychic skills, healing and energy work.

I may have some readers who are truly skeptical (suspend belief without further evidence).  Some may call themselves skepti 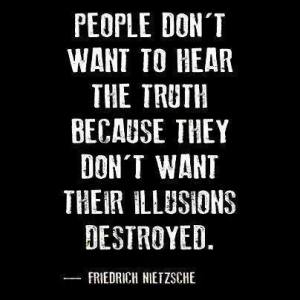 cs, but are debunkers (strong believers that a new idea is false because they don’t know of any [supposed] scientific proof).  They will remain debunkers until “CNN” [short for what I call the American Pravda—ABC, NBC, CBS, PBS, NPR, CNN, HLN] tells them to believe.  I can have no respect for the debunker’s attitude, for they usually believe the antithesis without proof and, with mouths flapping, rarely give an unfamiliar idea any thought at all.  Often there is much scientific evidence for the new idea, but since they get all their information from “CNN” they are ignorant of it.

This situation is really sad.  It is put upon us by the global Cabal via the media that is owned by them.  Why?  To stop us from using our own minds, to make us easily controlled.

A reader who is a true skeptic, says [underlines mine]:

…I have listened…[to] people talk about healing, UFOs, spirits, multidimensional beings and just about everything in between…keep track of the things that they say and the one thing they never seem to discuss is why they don’t think they could be wrong and how is it they know that the information that they convey is accurate.

Whats the thing that tells you that you’re right? I don’t mean a feeling or some voice. I know there may be evidence but the people who talk about these tthings don’t put forth a compelling enough argument…I have too many issues and unanswered questions. I can suspend my disbelief and assume that who I talk to is correct.

I just want to know the truth and what can and can’t be. I find things of all nature interesting.

So what makes you believe?

I appreciate this question and apologize for taking so long to answer. 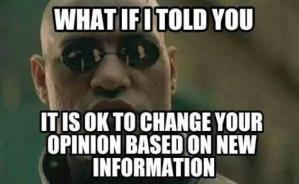 People who have information to impart almost always report their sources, findings, experiences and reasoning that make them think it so.  They have no obligation to go to great length to prove that their understanding is true.  That would take away the time for what they have to say.  Discernment is your job.  You owe it to yourself.  As all my teachers say, “Decide for yourself.  Don’t believe anything just because I say it.”  Many of my best spiritual classes have included engineers, scientists, and doctors.

I usually talk about my “current understanding”, rather than my belief.  I quit being an auto-believer when I was three years old.  I found my brother’s lost tooled leather coin purse and, knowing the Finders Keepers, Losers Weepers rule, I knew it was mine.  I remember it took awhile to get me to give it back, me wailing like one of the Little Rascals, “But you said finders keepers, losers weepers!”  I never forgot it, and never since have I believed anything just because somebody said it.

That has left me free of need for societal or scientific approval, for my understandings.  I do my own investigations.  If something I believed were ever legitimately disproved, I’d drop it. 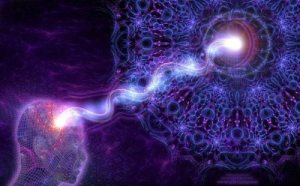 Though you don’t want to hear it, there’s often that “feeling”.  That is our intuition.  It took me awhile, because our controlled society doesn’t allow for it, to realize my intuition. In shaman classes I’d often report not having “seen” anything.  Later, listening to what others had seen, I’d realize I’d seen something, but had blocked it out of my mind faster than I could realize I’d seen it.  I know things for no reason at all, not even a vision or a whisper in my ear.  My rational mind tries to block non-rational knowledge.  I still have to be on guard for that.  I’ll say more about intuition in a later post on levels of mind and of ourselves.

I suspect that you, dear questioner, may be ignoring your own intuition and spiritual impulses, since you do spend much time entertaining unorthodox information.  What drives that interest?

Meditation would foster real time intuiting.  Do what speaks to you, but you may enjoy and learn from taking some classes that would help you demonstrate your intuition—or show that you don’t have it (I think not!).