Oneness of All Things. Scope of Who You Are and What’s Happened on Earth. Nirvana, New Earth.

Here is a summary (not a transcript) of the Kryon channel given in Nepal in October 2017, by Lee Carroll.  The recording is found at NEPAL – Kathmandu1.mp3.  ALL Kryon channels can be accessed on http://www.kryon.com.

Your Soul is a soup of creation with trillions & trillions of what you think of as souls, lumped together, without beginning nor end, a part of God. Our Earth developed much more slowly than life on other planets. We are hidden by having only one sun. We were given the knowledge of light and dark by other star seeds, when they changed the bodies to have 23 Chromosomes + 1.

God has no rules, no structure, no linearity.  Only love.

There are still no rules.

Concept of the I AM

Realize that you are part of the Cosmos and always were. 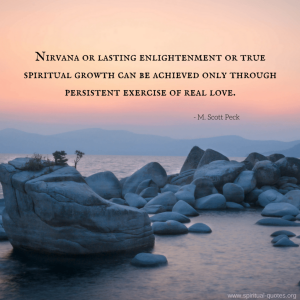 A New Concept of Nirvana

It differs from your concept of Nirvana where you don’t have to return to live any more lives; you’re finished.  There is Nirvana and you always strive toward it.

The New Nirvana is when you’ve lived many lifetimes, finally having this planet achieve a Shift of Consciousness, so that when you return in Nirvana it will be to a New Earth, with New Energy, in which you will have Light you’ve never had before.  THAT is the goal…and always was.  It’s the same scenario that the Pleiadians had in the nine stars from which they came.

Dear ones, you are sitting in a special time. Where are the rules of God?  Love has no structure….There are no rules to love.  It just is.  And that is the relationship of you to you, you to Earth, you to each other.  That is the Oneness that is taught in this land.

Love has no end.  The masters of the planet told you so, over and over.  And yet, humans want to worship humans.  There is nothing wrong with that, as long as you keep the focus on the Love of the Creator.

The many branches of ways of honoring the Creator [formal religions] will still have rules, but will respect their different ways.  All will be celebrated and blessed.  All will be One.