No ET War for New Earth

War of the Worlds Is Averted 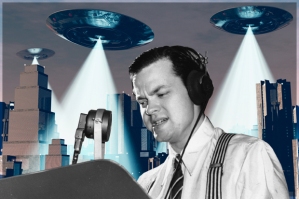 Here is my understanding of the latest post on Gaia Portal.

Teleculicus comes before the grand Juries of Light

Teleculicus comes before the grand Juries of Light.

I get that culicus means a type of intracellular symbiote—an organism that lives in symbiosis (for mutual benefit) within the cell.  Culicus is latin for mosquito.  Of course, tele- means movement across distance; to or from afar.  Teleculicus, then, denotes as a group, extraterrestrial beings who have been living here with us Earth humans; some of whom are not the benevolent ET that we hope to soon meet, but the “blood sucker” type who have bled our energies for a very long time.

Teleculicus are now judged.  Have they been here to assist us, or have they been using us to benefit themselves?

Those whose resonance is in harmony with Earthlings are praised.

Sevens are contacted, as Galactics send their craft.

Councils of Sevens.  Planets, constellations and other cosmic entities are governed by councils who use their wisdom in service.  I’m not one who can distinguish when a council may have 7 or 12, 24 or some other number members.  I know there is a Pleiadian High Council of Seven.

This sounds like Galactic ET groups had space craft on the way to take certain Teleculicus dark hats out, or to protect them.  War, that is!

Andalusia is an area in Spain.  The name indicates ease.  Land of easy walking.  The climate is pleasantly moderate.  There Christians, Jews, and Muslims live together in tranquility.  Andalusian Spirits in the councils responded in the peaceful Andalusian way, calmly diffusing the situation.

We will not have ET war on this New Earth.

Daniel Scranton has provided many messages from the Pleiadian High Council of Seven on his YouTube channel and his website.  This one is appropriate to let you know our status is secure, and that we are the ones who made it so.

Daniel tones for about a minute and 15 seconds, in preparation for receiving the message.

You Are Your Own Saviors ~ The Pleiadian High Council of Seven