There is a lot of good news coming out, indicating that the Cabal of global tyrants are ending their losing battle.  Here is what Gaia Portal has to say about that.  My interpretation is in italics.

Carillons remind all Gaia inhabitants that Light is their home

Carillons remind all Gaia inhabitants that Light is their home.

“Bells” ring from higher dimensions to remind us that we came from the Light.  That’s who we are.  Now, we take more Light into our multiple dimensions of self, including our three most mentioned bodies:  physical, emotional / astral, and levels of mind.  Our souls are not human; we came from very high energetic dimensions to participate in the stage of Earth that is now ending (maybe prior to that, as well) and/or the New Earth stage that is just beginning.

Taking in more Light, our brightness increases and radiates more, gleaming, glowing, glittering, becoming noticeable to others, calling the attention of Higher Beings.

As will be made clear over coming days and weeks, the dark Cabal who have taken global control of the planet had been determined to win the battle of Lightworkers against them.  Those Spartans, the controlling families that Benjamin Fulford talks about, are surrendering, at least on top levels.  With their rule and support gone, the underlings will collapse.  Don’t worry, Lightworkers have plans to prevent much suffering.

A new era of prosperity is set to begin!

Just like people glean remaining grain from a field after the major harvest, Star Beings have rescued regular humans who were left behind, that is, unascended / unawakened.  These rescued ones connect to the larger body that we’ve been calling Hue-Manity (God-Men).

We, individually, and our Collective Consciousness are enlightened. 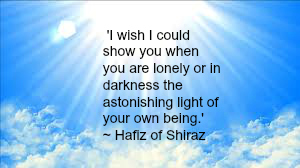 Tagged as: End of the Matrix, Gaia Portal, Hue-Manity

Loved Lightwarriors, Here a new essential one! Click on this link;https://new.awakeningchannel.com/installing-the-nwo-global-technocracy-communism-2-0/ GOD BLESS YOUVICTORY OF THE LIGHT11:11