No Doubt about It, the Good Guys Are Winning ~ Benjamin Fulford 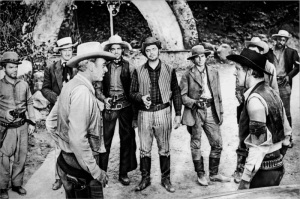 Clearly the Khazarian mafia is running scared and running out of ammunition. The fact that the Khazarian mob controlled Bank of Japan was forced last week to resort to negative interest rates proves their fake fiat money is now worth less than nothing. The Federal Reserve Board will soon be forced to do the same thing. The more you put money in their banks, the more that money vanishes. More about that later.

The other thing that is clearly failing is their ability to create mass panic, fear and loathing, their traditional control tools. Their latest attempt, upgrading a relatively minor illness known as Zika virus into a baby head-shrinking pandemic is so totally fake, with nothing but computer graphics of small headed babies as evidence, that very few real doctors or hospitals are taking it seriously. Time to round up the criminal liars at the WHO.

The latest attempt to create disease panic may be related to efforts to force the Bill and Melinda Gates Foundation to cede control over their vaccination and other “medical” (eugenic) activities to meritocratic management.

Bill Gates is also now the point man for computer fraud to make sure a Khazarian mobster wins the upcoming US presidential “election.” This is being presented as Microsoft volunteering the use of its “app” to count votes in Iowa.

Of course, the Khazarian mob is not going to be allowed to steal yet another US election, US agency sources say.
Instead, the FBI probe into Hillary Clinton is being “expanded to intel agencies to purge her moles and embedded Bush/Israeli agents,” a Pentagon source says. A CIA source, meanwhile, put his neck on the line by predicting Hillary will be “indicted by February 28th.”

If the Pentagon and the agencies are serious about taking down Hillary, they should, as Russia’s Vladimir Putin so eloquently put it, “go after the dog’s owner.” Here is Hillary describing her master in her own words spoken on July 15, 2009 at the Rockefeller controlled Council on Foreign Relations Washington DC offices:

“I am delighted to be here in these new headquarters. I have been often to, I guess, the mother ship in New York City, but it’s good to have an outpost of the Council right here down the street from the State Department. We get a lot of advice from the Council, so this will mean I won’t have as far to go to be told what we should be doing and how we should think about the future.”

Many clear signals are already being sent to the Wall Street mobsters in New York. For one thing, their corporate media control grid is being hacked. According to Pentagon sources, “Rupert Murdoch’s Fox Network has been ordered to reboot the x-files program to reveal truth in plain sight about alien technology, free energy, anti-gravity, 911, NSA, depopulation etc.” Agency sources say “Bush cancelled the show in 2002 to prevent it from exposing 911.” Meanwhile, the CIA has declassified its UFO files.

Other corporate media outlets have also joined this sudden return to real reporting with such outlets as the New York Times and Time Life reporting 911 truth.

The US, Russian and Chinese alliance against the Khazarian mafia is also proceeding well in their take down of the Khazarian mob regime currently enslaving the brainwashed people of Israel with fear and paranoia.
The Israeli power grid was hacked and taken down on January 25th, after which, on January 27th, US top general Joseph Dunford and Defense Secretary Ashton Carter visited the US cyber command “to encourage cyber troops to up the fight against ISIS and their sponsors.”

In a clear sign that sensible Israelis are reading the writing on the wall, Israeli Defense Minister Moshe Ya’alon tried to blame Turkey for being in charge of ISIS.

The US has also now joined the EU in a demand for labelling and boycott of all goods produced in the illegally occupied West Bank.

US, Russian military cooperation against Israel has also meant that Iranian affiliated troops have now arrived at the Israeli border while the Israeli airforce remains grounded and unable to do anything about it. As the Mossad linked news site DEBKA puts it “leaders opt to avoid action on three menacing fronts.”

Russian and US military cooperation is now extended to sharing information about China as well as about enemies like ISIS, “the bad guys in Israel,” Turkey, drugs, Saudi Arabia and “cabal targets.”

For example, the Russian Insider news site said the following about US State Department criminal Victoria Nuland, the chief agitator and trouble-maker in the Ukraine: “she is a target.”

The US and Cuban militaries are also now in full cooperation mode to cut off the flow of drug money to the Bush cabal and their ISIS mercenary proxies, Pentagon and Vatican officials agree. That is why Cuba was supplied with hellfire missiles to allow it to shoot down drug running planes, the Pentagon sources say.

There has also been agency and Pentagon cooperation aimed at preventing cabal provocateurs from starting a civil war inside the United States. This is the case with the dispute going on in Oregon where a large group of armed militia men seized a national wildlife refuge property. The dispute started with what appears to be a legitimate grievance over excessive persecution of two ranchers by Federal Agents.

However, this grievance is now headed for the courts where hopefully justice will prevail. In the meantime, evidence has emerged that Khazarian crisis actors have arrived on the scene in an attempt to provoke civil strife.

It is understandable for patriotic Americans to feel angry with the Federal Government. However, picking the wrong battle against the wrong enemy will only result in defeat. The enemy is not in Oregon, it is in Washington DC and New York, so, if you really feel like fighting for freedom, go there and attack the Khazarian mob bosses like the Bush/Clinton crime family and do not take it out on some poor working FBI stiff or local sheriff.

In any case, the real war will be won in the economic, financial and economic spheres and here things are going very badly for the Khazarians. For one thing last week, the heads of the African Union appear to have joined Iran, Russia, Western Europe and many others in moving away from Khazarian controlled debt instruments mislabelled “US dollars,” and agreed to go with gold backed Yuan instead.

The Khazarians continue to lose any real backing for their so-called dollars. For example, there are now 500 times more contracts to buy gold at the Chicago Mercantile Exchange than there is physical gold to back these contracts. Real, as opposed to paper, gold trading has now migrated to the Shanghai exchange.

Now the London Bullion Market Association appears to have lost control of the ability to set the price of silver when last week their price turned out to be 6% lower than the physical spot price.

After the Japanese Imperial family failed to find gold to back the yen when they went to the Philippines last week, the Khazarian controlled Bank of Japan was forced to join the European Central Bank and issue negative interest rates. This means real Japanese money will be fleeing to cash and to real assets like gold and silver.

The Khazarian slave bankers are under the illusion that negative interest rates will boost the real economy by forcing businesses and people to invest and spend their money. However, with Japan and the EU suffering from shrinking populations and economies, stealing the people’s savings is not going to boost production.

The Khazarian slave regime in Japan is on its last legs anyway. Last week Akira Amari, the Japanese economy minister who oversaw TPP negotiations, was forced to resign over bribery charges. Others will follow.

In Malaysia too now, it turns out the Goldman Sachs and the Saudi Arabians were bribing Prime Minister Najib Razak.

You can be sure the trail of this bribery investigation will eventually lead to the truth about the Malaysian air flight 370 disappearance.

The Khazarians are now losing electronic control of the financial system as well, as banks worldwide are being forced to install CIPS, which will replace the current Khazarian SWIFT system. This will take some time, which may be why the Chinese delegate to the White Dragon, who is involved in bank computer systems, said 2018 will be the year when internationally traded US dollars will have a Chinese signature on them.

The Khazarian mobster hedge funds such as Soros, Carlyle, Nexus etc. have all said they are going to gang up and bet on a devaluation of the Chinese Yuan. However, what these people do not get is that the Chinese are busy shedding their dollar holdings on purpose because they know they will be replacing these dollars.

In any case, no matter how many dollars the Khazarians put in their bank computers, reality is a different thing. Even though a growing chorus of bankers is calling for a ban on cash, so that people will be forced to accept negative interest rates, they cannot ban reality. On this front, the global trade squeeze against people refusing to pay for shipping in Yuan is beginning to hurt. Pentagon sources say a shut down of New York ports by dockworkers “is a message to Wall Street and the Khazarian mafia.” Now South Korea has reported an 18.5% drop in trade in January.

Finally, the official Chinese Xinhua News Site has confirmed a recent report by this newsletter that the Chinese Communist Party was moving towards power sharing with other political parties.

There can be no doubt about it, the good guys are winning.