Highlights of Positive Steps This Week toward Our Freedom

Here are the highlights that I’ve promised some readers, of the news of late.  Events are increasingly promising.

I keep saying I’m not going to pass news on, so use the links on the left side the blog.  You never know when I might stick to that.  Besides, you’ll find even more good news.  So keep an eye out.  I’m reflecting on just how much the world has changed since the end of 2012.

All Orange emphasis, below, added by me. 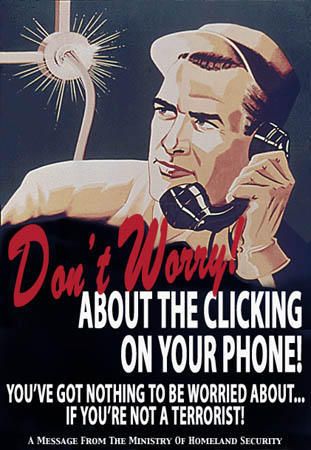 Here is the best Edward Snowden interview, so far, with all the important explanations about your dick pics being exposed to the NSA.  EVERYONE will want to listen to this to see how government surveillance applies to you, personally.  Snowden encourages people not to change their behavior:

Thanks to Kauilapele for posting the above video and this poofness report:

Here’s a couple of highlights (and no rant this week).

“THE MAIN REDEMPTION FUNDS FOR THE HISTORIC ASSET REDEMPTIONS (BONDS ETC) ARE RELEASED AND THE BANKS HAVE USABLE CASH TO PAY OUT NOW. THIS HAPPENED YESTERDAY. WHAT THIS MEANS FOR US IS THAT THE FUNDS WE HAVE BEEN ALL AWAITING ARE AVAILABLE. IT WILL TAKE A BIT OF TIME FOR THEM TO SHOW AT THE LOWER LEVELS TO GET TO THE FOOD AND SHELTER STUFF, BUT AT LEAST WE KNOW THEY ARE ON THEIR WAY, AND WILL ARRIVE.

“A WEEK OR SO AGO I WAS GIVEN THE MESSAGE THAT THEY [Galactics] WOULD TAKE CARE OF THE CHEMTRAIL GUYS. THE NEXT DAY, WE HAD BLUE SKIES UNTIL TODAY WITH THIS LONELY JET SPRAYING A SWATH. AND YES, WE CAN EXPECT FULL DISCLOSURE SOON. ALL THE INTELLIGENCE COMMUNITY IS PREPARED FOR THIS EVENT, BUT I WOULD WARRANT TO SAY THAT THINGS HAVE TO GET A BIT MORE STABLE HERE BEFORE THAT OCCURS.

“SO THERE YOU HAVE THE MOST WONDERFUL NEWS ON THIS 8TH DAY OF THE MONTH WITH THE FUNDS BEING RELEASED FOR THE REDEMPTIONS. THAT IS THE BIG SIGNAL. I WAS HOPING IT WOULD HAVE COME A LOT SOONER, BUT IT DID COME. NOW OUR HUMANITY CAN GET TO THE REAL WORK AHEAD AND GET THE PLANET BACK IN PRISTINE SHAPE.”

Sheldan Nidle’s report of 4/7 had also held expectation of funds movements and Earth restoration.  More interesting me was the note about Agartha:

Dratzo! We come this time with more good news! Our liaisons report that our allies are preparing to release the prosperity shortly. At present, the various tests of this new system are proceeding. The holidays have somewhat slowed this procedure. Yet the basic intent continues — namely, to successfully distribute your various blessings! The dark cabal is now unable to stop this movement. This process is presently aimed at completion by the early spring. Until then, expect to see events, which seem to hint at no immediate change. The dark knows what is truly happening and sees that there is no way out of their current predicament. Our ambassadors are presently setting up when and how new governance is to manifest. All of this wonderful news means that we are moving at a good pace toward disclosure. Our Agarthan allies and your Ascended Masters are therefore preparing a number of lessons, which are essential to this cause. Our fleet continues to limit how the exotic weaponry of the dark is used. We have limited it to a very small set of minor cases.

Gaia is as well increasing the speed by which she prepares for the massive changes to her surface. Our liaisons are monitoring this and daily conferring with her Spiritual Hierarchy and your Agarthan cousins. When the time comes, you are to be moved quickly to your Agarthan homes. Before this, of course, you are to be instructed by your mentors on the qualities of full consciousness and how to alter yourselves to be ready for your final transformation. All of this requires that we carry out the program put forth to us by the divine plan. Hence, we are now proceeding with a number of vital prerequisites. The landings have been somewhat altered by the Agarthans and us. These things we are to discuss with you at length in some succeeding messages. The most important items are your move to Agartha and your role in aiding Gaia to slough off everything that pollutes her land, water and air. In these matters, we fully intend to help you. Yet, you have all the technology needed to accomplish this great task. This technology is to be given you by your new governance!…[more here]

I liked Ben Fulford’s report this week, as there are more concrete indications of positive movement, kicking right off with a very interesting paragraph.

(Benjamin Fulford) A meeting last week between a representative of the Chinese Communist Government and of the White Dragon Family ended badly after the Chinese stated their goal was to take over control of the planet.  They were told the Chinese account for at most a fifth of the world’s population so the best they could hope for was one fifth if world power.

…What some Chinese failed to understand is that supporting a Chinese infrastructure initiative is not the same as voting to become Chinese serfs.

…However, the gangsters are now being systematically purged from governmental control and as result, the West is about to experience a renaissance that will by far outdo the original.

…On that front, despite the Chinese over-reach, progress continues to be made towards reaching a final deal.

The Pentagon has proposed dividing the world into 9 regions instead of 7 because South America and Russia respectively want independence from North America and Europe. This is an issue that is open to debate and can be settled once the more crucial financial architecture is worked out.

…US military is clearly aligning itself with the Iranians …US Senator Robert Menendez, …was a key member of the Khazarian faction that wanted to start World War 3, according to Pentagon sources. Visible actions like this make the ongoing purge of the Khazarians impossible to deny.

There is a lot less visible stuff also going on. For example, there was a mysterious attack on … Rockefeller General Electric plant burning after what could only have been some sort of military attack.

…Turkey experienced a nation-wide power outage that was clearly part of the ongoing covert war against the last Khazarian strongholds.…

Otherwise, the proxy war between the Iran/Pentagon alliance and the Saudi/Israeli faction cooled down somewhat last week. That was because representatives of both the Saudi faction and the Iranians contacted the White Dragon Society and were told the long Sunni/Shia divide had to be ended once and for all. Doing so would release vast funds for both sides, they were told…

…proposed economic planning agency. …removing Khazarians from power in Japan to make sure a genuine Japanese voice speaks for Japan. That would open the door to compromise. …

The solution to the financial crisis and the beginning of a new age also await the arrival of certain promised documents.

This following video is from