What Will Happen to All the Negative People?

Energies on Earth are not uniform—not at this time, and I suspect not until you get to a dimension much higher than the fifth, if ever.  There are pockets of negativity—communities and even countries where the majority, though perhaps not all, are negative.  These areas, these situations, will very gradually clear up.  We’re all going together toward a very positive future that won’t happen overnight. 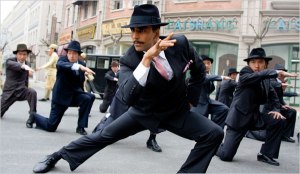 No matter that many people are dropping body for whatever real world reasons, at the behest of their soul, to be reborn and start afresh in this New Earth, many remain who have negative attitudes and outlooks on life.  “What will happen to them?” I’ve been asked.

They are not all going to suddenly disappear.  No fake Ebola epidemic is going to wipe them all out.  Not all of them are to be casualties of the many wars, earthquakes and other natural disasters.  They will not be reborn in another 3D planet and this dimension of Earth is not going to split into a 3D and a 5D dimension.  They will still remain.  “How’s that going to work?  How can they survive in the new energies?” is the next question.

Is it a Matter of Karma?

Karma is an energetic disturbance of our multidimensional energy systems.  It is not a judgment.  Several years ago, all karma was eliminated and the Lords of Karma, who had pushed us toward spiritual evolution by accentuating the disturbance, are no more.  We now create and clear karma in real time.  And you wonder:  “If that’s true, then how is it that QHHT shows that people have physical ailments, family issues or psychological problems that are based on what happened in “past” lives?”

It’s a Matter of Beliefs 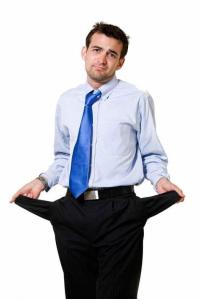 The answer is that we believe in our problems!  Suppose that in a past life someone was stabbed in the right side of the head, and in this lifetime they have a history of headaches on the right side of their head.  It’s karmic.  Now, though karma was eliminated, the headaches remain.  It’s because they now believe in the headaches.  They’ve had them all their lives and nothing, as far as they know, has changed to make them disappear.

Just as Karma affects health, it affects beliefs, which in turn affect attitudes and behavior.  It can play in many ways, such as inferiority or superiority, fears, phobia, over or under achievement, to name a few.  And though the born karma is gone, those patterns can have become a reinforcement cycle of habitual behavior resulting in  experiences that strengthen and expand the underlying beliefs.

Today, I won’t discuss how to change beliefs.  That’s for another day.  Let’s refocus on the question about negative people.

It’s a Matter of Environment

The dark Cabal has been very active during all our lives, in many ways drumming negative attitudes into people.  I won’t name the ways.  You have observed them yourself.  Let’s consider the example of someone who believes they are held back in worldly success by racists, or because of their parents’ social or economic standing.  This person is unsuccessful in their own eyes in some way.  They are poor, unaccepted, or downtrodden.  This is their belief and their lives will remain affected in such a way until that belief changes.  Even when they are judged as successful by others, they cannot believe in their success.

Don’t look down on them.  Even those of us on the positive side are working on remaining blocks and beliefs.

Fortunately, the effects of positive people are increasing and after the controlling forces of society are eliminated, will become prominent.  This will loosen up the hardened hearts.  Society, itself will teach new ways.  The Light forces have been at work for a long time now, publishing books, teaching courses, talking to people in the grocery store, or simply shining their Light and Love energy, to influence people to awaken to who they are as children of the Source.

Don’t be disappointed that all is not perfect.  Know that we are in, and shall remain in, a positive trajectory toward life on a planetary paradise of abundance and delight.  In Light, Love and Life.

Danny Tidwell ~ We Are the Champions Video Link

Beloved ones we greet you,  The energy on the Network Grid within your earth plane is undergoing rapid change. These changes reflect the internal changes that are taking place within your own energetic field and Heart cells. Your Heart cells can be likened to receptors; the cells are being transformed to play another role to accommodate the […]