I’ve posted earlier about The Event (more here).  I’m expecting two Events—one being a Light Event that will cause all or most people to know that something happened of a personal and spiritual nature, if not to them, to others.  I think something has to happen to capture people’s attention and focus it on Spirit, and that Event will accomplish that.  The much talked about Event is of real world actions to rid us of the tyrannical global Cabal.  I suspect it is planned to follow the spiritual Event. You see, the real white hat boys, both on planet and off, who are planning arrests and attempting to lessen chaos are very advanced in spiritual Consciousness.  I have confidence that the Cabal will be gone, and there will be no new tyrannists to fill the space.  Darkness will end on this planet.

Though it may happen, this is not about a financial windfall for all.  Without the Cabal, though, we will all eventually experience affluence.  I hope it’s not about Nesara Law, which was passed in a convoluted, unconstitutional and hidden way, for a delayed implementation, and includes an unconstitutional 14% federal sales tax(!).  That law must not rule over us.  In New Earth, we will be free to form our own ways.

The One People’s Public Trust (OPPT) was closer to the mark.  I thought everyone would be excited about it, but it seems to be ignored.  It undid the Cabal through their own mechanism of law.  Under UCC law, the OPPT accused and foreclosed upon all the banks and corporations and taken us (the world, any people who choose it) to the original Constitution with Bill of Rights, of 1791.  OPPT was not about money, either, though it would distribute money among us.  Perhaps there were problems with it that I don’t understand.

Nothing to Fear in Either Event

Some people will be fearful of either Event, if it is unexpected.  Because if it’s lights and sounds or cities in the sky, that can be mindblowing.  If the banks close, if you don’t know that the Freedom cavalry has done it, and will reopen them shortly, to newly freed people, you’ll feel your life threatened.  For me, both of these Events will be joyous. I’m happy that actions will go down that will wipe darkness off the Earth.  There is nothing to fear and people won’t fear, once they know what is happening.  That’s why I’m talking about it, as part of my mission of Wayshower.  So let us talkers talk about it.

Energies Are Releasing Us from Burdens 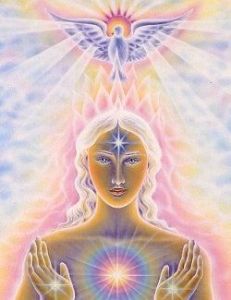 From 12/8 through 12/11 energies continued working to clear our multilevel system and clear out various types of darkness that affect us, like political conflicts, lingering pain from negative experiences and abuse, and thought forms.  People should be feeling relief from that pain.  People involved in the dark side in politics should be feeling a certain separation from that world, its aims, its actions.

The End of Internal Dialog

Thought forms are living beings that I mentioned in Change Your Past.  Carlos Castaneda’s Don Juan Matus spoke of the Inorganic Beings and a class of them called Flyers, or Predators.  They are also called Archons.  They had taken over our egos.  You see, they were not beings with souls, but a type of what are called astral beings.  Kind of scary, BUT this past week, the energies were directed to eliminate them.

Some of us have been gradually clearing ourselves of those stories and themes, since 2012.  It’s affected our memories.  The stories that played up mostly bad memories and drained out energy are going away.  Their elimination leaves our minds clean, free to direct our own thoughts.  We aren’t accustomed to that, so lately we are embarrassed for sounding like we’ve been smoking grass, when our mind cuts off in mid sentence.  Oh, well. 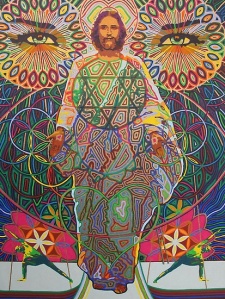 The clearing of political and social astral energies helps awaken more people and lessens the power of the Cabal in every aspect.  There are many systems that will be dismantled and replaced quickly and very soon.  The Event is more likely.  Don’t, however, focus mostly only on all that, unless you feel it is your mission to assist in a transition.

On 12/12 we were permeated with much Christ energy, energy of Christ Consciousness, bringing us closer to our goal of living as our Higher Self.  Jesus showed us how to live and bring that Christ energy into ourselves.  As Edgar Cayce, in QHHT type deep trance, called it, Jesus’s life is a pattern for us to follow, “…in the gentleness of the things of the spirit: Love, kindness, longsuffering, patience…”  This is not a religious statement.

Find and follow your own spiritual practices, to maximize these good effects of the energies, and to lessen associated discomforts.

Don’t Look for a Savior

It’s not that we should expect a savior and someone to take responsibility for our lives.  It’s just that these changes will and must occur, for us to move forward in the New Earth.  No one is going to do it for us.  We’ll be taking more self-responsibility, not less.

No one is omitted in these December effects.

To help you understand some of the drastic changes you’ll notice in yourself, here’s the terrific video by Terry Alexander about those Inorganic Beings that have controlled us, but will no more.  You can see what a HUGE deal this is and then understand how it prepares us for the Christ energies and the coming Event.

Since I’m just now listening to it, I’ll include this video by one of my favorites, Grandpaw.  As he says, things, “…will never be that way again, ever!…We will never step back into the lie again…Babies, don’t be afraid.”  None of those bad prophecies will happen.  I love this colorful teacher.  Remember, manners of speaking like cussing are not spiritual law, but social rules in limited circles.  Go ahead and enjoy his wisdom.