Taking Stock ~ Where Are YOU in Your Own Transformation

Though some of us like to keep an eye out for what others are saying about the Shift, the most important thing for each of us and for our collective consciousness is the shift within ourselves, individually.  The reason 2012 was not cataclysmic and 3D Earth didn’t totally split, dimensionally, is that (some say 144,000) people took in enough light to hold it for all of us.  The work of each of us is important for all, and we can’t expect anyone to do all of it for us. 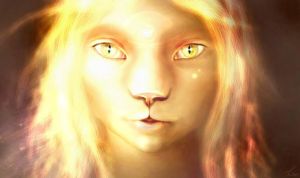 What work, you may ask?  The ultimate task in this universe is integration of light and dark, good and evil.  For that purpose, the Feline and Carian¹ races were brought in to play the roles of light and dark, respectively when this universe was created from one that was wrapping up.  Generally, humans are a light race of beings, while there’s a long history of mixing with the darker reptilian/snake/dragon races, sometimes harmoniously, but often, on various planets, being used, abused and murdered by rule by that dark side.  The Global Cabal that run our planet now are of that same race.  Keep in mind that the bodies of any race can evolve and at any time, they may want to or have to switch the type of bodies into which they incarnate.  So I’m not talking about animal body type, nor what we usually denote as races, such as Caucasian, etc.  I mean, we have our current human bodies, and both the dark and light souls can be found in them.

The work for us now is to clear out energetic disharmony from this lifetime and from soul memories, to become the light beings we truly are.  We are harmonizing among each other and within ourselves, letting go of emotions such as fear, jealousy, emotional pain.  Ultimately we will be able to love even the dark side.

How Do We Harmonize?

In earlier posts, I’ve said that the new energies are bringing up all our psychological issues, and how we become aware of them, feel them and then let them go.  That process may take a day or a month.  There may be layers of it.  Don’t be surprised when you think you’ve released an issue, only to have it recur, but maybe in a different way and/or with less impact.   Get professional alternative help if you need it.  There’s no time for years of ineffective therapy.

First, be aware of the energies. 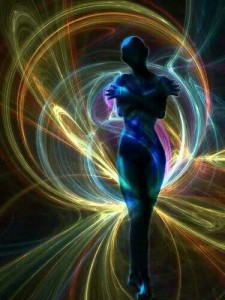 I hope you’ve been observing yourself and the energies around you in real time, in daily meditation or quick focuses throughout the day.  See the energies and/or check your feelings, generally and on specific issues.  Your emotions, positive and “negative”, are guides to the energies.  You may get clear messages, even conversations, with spirit guides.  You may also get a general “feel” of intuitive guidance.  I use intuitive checks in decision making on big issues, like whether and when to choose a new abode, and small issues, like should I take this vitamin.

Here’s an example of the intuitive feelings of the energies.  I had a session for clearing where I received advice for communication to clear issues of a relationship.  I haven’t yet done it.  I didn’t do it right away, because the emotions it was bringing up, just thinking about it, were too strong.  That has lessened and it still doesn’t “feel” right to do it, yet.  This morning I tapped into astrological readings for my sun sign for October.  I have bare surface knowledge of astrology, so I leave it to the experts, letting my intuition guide me to the good ones.  They say that Mercury is retrograde and can cause miscommunications.  That explains why it didn’t feel right to do as I was advised.  I’ll wait until it does.

Take Information from Others as a Check on Your Own Understanding, Intuition and Messages Received

You see how I followed my intuition, which was later explained by knowledge from others.   As another example of confirmation, I feel like culminating events are coming “soon”.  I want to know when, but I also know that energies are changing so quickly now, that few if anyone on any plane can predict exactly when and how.

As I had felt, 2014 was predicted to be a year of secrets revealed.  You have to really have your head in the sand to not notice that happening, as I hear it without even watching mass media news.  Remember those 18 giant skeletons found recently?

When Matt Kahn says the first ascension will be in a year, because I feel he is doing good work I interpret that as, “Big things will happen soon.”—verification of what I feel.  It’s encouraging.  I take “first ascension” to mean that the energies will become so strong and we will have taken in so much Light (gotten rid of issues) by then, that for many, a big jump in Light will occur.  How that will appear, few could say.

Regarding personal or global intuitive information, you may find confirmation.  Sometimes all you have to do is ask for a sign, and something will occur that has that meaning to you.  Always use your own discernment; take no one else’s word as golden.

Looking at the Energies

Remember that quick way that I posted on getting into a meditative state.  Here’s a suggestion for looking at the energies in that state. 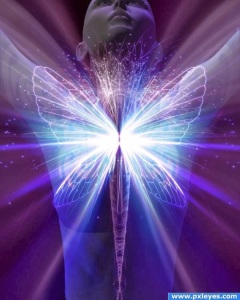 Reach the relaxed state, then picture energies and issues.  You may see moving energies, blocks, dark or light figures, then take a closer look to see what they are.  See emotional and physical energies on the left, business and social on the right.  Generally, behind is your past, in front is your future, but you may see some helpers just behind you, like pushing or assisting you in moving forward.  On ground level is real people; higher is spirit.

This morning I see a group of light beings on my left, above the plane, so it’s spiritual help with emotions and body.  I see a small dark, cloudy shaped figure ahead on the left, at 10 o’clock, if 12 is in front of me, but receding further to the left, going away – an issue clearing.  On my right, it’s a little less clear, a cloud where I picture business, yet I do see the letters QHHT standing out, coming out of the cloud.  You know I’m currently working an engineering contract, and wanting to put more time in on QHHT sessions and blogs.  Considering what I “see” and checking with my “feeling”, it seems like my spiritual helpers on the right are mostly standing by, watching over and just getting ready to mix into that cloud, letting the mass clear out a bit.  That has meaning to me.  It’s up to you to interpret what you see.

Picture your path, your Future ahead of you, your Goal at the horizon.  It’s Light.  The Creator.  Is your path crooked or straight?  Are there obstacles along the way?  In front of me, I see a straight path, with nature along the way, a trickling stream ahead.  It is emotions, but not rushing water.  It won’t block me.  What do you see on your own path?

Don’t discount what you simply know.  I usually have several questions in the back of my mind.  Over days, the answers come.  Often, I just know.  That’s direct intuition, no vision or audio with it.  You know for no reason, and you know that you know.  You may find that certain feeling comes to tell you it’s right.  Yet, your rational mind may have a hard time accepting it.  Teach yourself to believe it by confirmations from others or signs from the universe.

1   We Are the Nibiruans, Return of the 12th Planet, by Jelaila Starr.  About the book.