on a New Independence Day ~ Soon

“Freedom is the last, best hope of earth. ”   ~ Abraham Lincoln

The pictures tell the story of some of the types of tyranny the People are under today.  As I say, we don’t dwell on these.  In fact, putting these pictures together made me feel sick, or I would have posted sooner.  The video at the end tells the kind of freedom we will have in 5D.  Page on down to the Freedom section and the video, if you like.  [There’s no way to control how WordPress places several photos.]

If Ambassador Stevens Had Lived, the Benghazi Child Trafficking Practices Would’ve Been Revealed

Other Unlawful Acts Against the People

(NaturalNews) You probably already know that the FDA has declared war on raw milk and even helped fund and coordinate armed government raids against raw milk farmers and distributors. Yes, it’s insane. This brand of tyranny is unique to the USA and isn’t even conducted in China, North Kora or Cuba. Only in the USA are raw milk farmers treated like terrorists. But now the situation is getting even more insane than you could have imagined: the International Dairy Foods Association (IDFA) and the National Milk Producers Federation (NMPF) have filed a petition with the FDA asking the FDA to alter the definition of “milk” to secretly include chemical sweeteners such as aspartame and sucralose. Importantly, none of these additives need to be listed on the label. Learn more: http://www.naturalnews.com/039244_milk_aspartame_FDA_petition.html 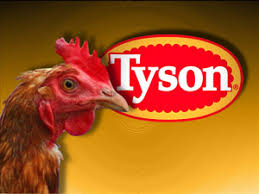 Evil as the US Corporation