Where Do We Stand Now in This New Earth? 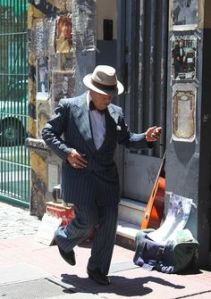 I’ve been asked by new readers to give a statement about where we stand in New Earth.  The first thing you must know is that since about the end of  2012, you have been living in the New Earth.  2013 is not counted by those watching from other dimensions, planets, and suns, because it was very chaotic.  They count 2014 as year 1, so 2016 is year 3 of New Earth.

No one has been left behind.  The 3D (three-dimensional) Earth did not split into a 3D Earth and a 5D New Earth, as had been expected by some.  The soul of every Earth person decided that they would “ascend”  to New Earth.  That ascension doesn’t mean to rise in the air and disappear into a higher dimension of Earth, but to increase the energetic vibration of our multidimensional selves:  physical, astral, mental, intuitive and higher levels of ourselves.  We had and still have a mix of vibrations exhibited on Earth.  Therefore, the further development of New Earth was slowed, to allow everyone to progress at their own pace.

Though there was no dimensional Earth split, some noticed that we did split into two groups:  those more positive and those more negative.  The two didn’t mingle much.  That division even caused many relationships to break.  Families parted to various degrees.  As people change, so do their choices.  Many changed careers or jobs, or moved to other homes or states.  Several physical symptoms from the changes were reported.  You can Google “transformation symptoms” or “ascension symptoms”.

Different types of cosmic energies from the sun and other constellations began hitting us, and bouncing back from Earth’s center.  Actually, those energies began noticeably in 2000 and picked up in time frequency and impact, hitting hard as we approached 2012, then continued, occurring especially with each major astrological event.  They changed even entities like bacteria, plasmas, and the invisible parts of ourselves.  They affected DNA.  Yes, our DNA has been upgraded by the energies and with help from beings on higher planes, especially during our sleep.  Some of the “junk” DNA was activated, so that we can hold more Light, Love more, and Live long, healthy lives.

The qualities of those energies varied over time, to rid Earth and us of much negativity.  We began awakening to feel more spiritual.  We recalled hurtful memories and let them go.  We became more tolerant and forgave more easily.  We began to easily see the control system that was strangling us.  Hidden things came to light in societies.  People no longer will allow such things.  The controllers lost power and are almost gone.  “Powers That Were,” they are called.  Many people now experience extrasensory perceptions, “psychic”, “seeing”, intuition or healing abilities.  In fact, we will all develop those abilities over time.

People began to channel instructive and encouraging messages to us from Archangels, Jesus, Buddha, Quan Yin, people of other planets, and beings from higher realms who are assisting us in our Transformation.  Some of us had the same thoughts that those channels messaged.  Such thoughts could come from telepathic communications of those beings or from our own Higher Selves.  You are much more than a body with a brain.  Your Higher Self is the Conscious entity that you are, and now you are beginning to live as that Higher Self.  That is what Jesus, the Buddhas and other great prophets, healers, teachers and wise ones did, and what we all do now.  It is the most defining of New Earth evolutionary changes.  You will learn more about our multidimensional selves over time, and hopefully we’ll come to agreement on terminology.

Lately, we feel calmer.  Do you feel it?  Intuitive messages describe new energies as being so.  I sometimes post my interpretation of Gaia Portal messages about Earth energies.  Those posts describe the changing qualities and effects of the energies.  We are now being gently shaken and nudged forward in our Transformations.

Increasing numbers and sizes of spacecrafts have been spotted, recorded, photographed, even on NASA recordings—unidentified, but definitely from ET friends.  We are being protected and they are awaiting the opportunity to communicate openly with us.  That will happen when it is no longer dangerous—for THEM.

In the background, not publicized by the controlled mainstream media, steps are being taken to remove the negative Cabal controllers from power over all societal systems.  They know it is over for them, and are desperately trying to negotiate.

We’ve had assistance in ridding ourselves of the controlling Cabal.  Now, it is up to us, with free will, to create our own new ways of New Earth.  We have a lot of work to do, such as creating new People-controlled governments, bringing back our free Republic; creating fair and sane social systems and developing new technologies.

A big way that we are helped is by people passing away (dropping body, transitioning) and coming back as New Kids, DNA upgraded, “past life” memories in tact.  They bring New Earth attitudes, ideas, systems, inventions, teachings and vibrations.  In that way, they push us all forward.  Many of the kids are Old Souls—those who’ve been on Earth for tens of thousands of years, or more.  Other Old Souls will remain in their current incarnation to give welcomed guidance as elders.

I think the most exciting change in New Earth is learning and teaching that we each create our own reality and share parts of it.  We already do so, willy nilly, unknowingly.  Now, we’ll do it consciously.  That is often called Law of Attraction.  It isn’t fluff, but rather, the next developmental lesson, once we’ve learned to love all of Creation.  It’s physics.  That’s why I’m working on it and why I talk about it.

I still call 2016 the Year of Better and Better, with the best yet to come.  That will continue for many years.  What a wonderful time to live through!

Shields up, Lightwarriors—turbulence imminent, and happy Father’s Day to all. Unfortunately, some fathers are unable to be with their families today; and this could be the reason. They are in the military and they are beneath our feet in the darkest, most terrifying recesses of the planet, fighting demonic creatures and rescuing children and trafficking […]