The message was that “everything will change,” and was later clarified to mean not one big change, but some catalyst occurring, after which one positive change after another will be made.

The First Wave of Ascension was completed around last September (2015), the Second Wave, this March, and since then, the Third Wave has been coming in.  At each wave, about one-third of Earth humans awakened to become more positive and loving, and to begin seeing how we’ve been manipulated, controlled, lied to, enslaved and harmed physically.

There is no question that we have been undergoing a planetary Transformation and that there is no possibility of its being curtailed.  The Cabal of controllers are now being stopped.  Clear indications are being reported and more will come out this week.  Even Gaia Portal seems to have said so, as I interpret it and will post tomorrow. This 2014 announcement seems destined to prove true.

The following is the original article, posted in August of 2014:

“Incidents and events will occur in your reality, after which everything will change.”

I keep my ear to the ground and my intuition in tune for the latest changes of New Earth.  I only pass on what I think my readers are interested in and ready for.  Some of it I let simmer awhile before discussing with you, like this one:

“In the fall of 2016 before the US election, EVERYTHING will change!” They base that on their assessment of our Earth collective consciousness. 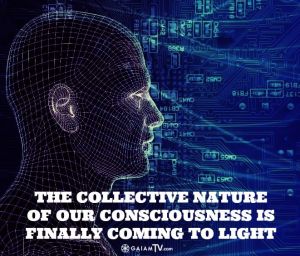 I’ve been expecting big changes sometime between 2013 and 2017—maybe ET exposure and open interaction, banks revamped, Illuminati removed from power, no more war, maybe even sudden light bodies for us, and Earth that looks a lot different.  Remember, too, The Event that I blogged on earlier.  What is happening for us, as well, is that we will have the Christ Consciousness that Jesus/Yeshua/Sananda held when he walked in 3D.

Dr. Gregory had told us years ago that he thought the Transformation would be pretty much accomplished by 2016.  Still, this revelation was jarring to me.  To hear such an auspicious and grandiose announcement.  I didn’t know and still don’t, for sure, what, “Everything will change!” really means. 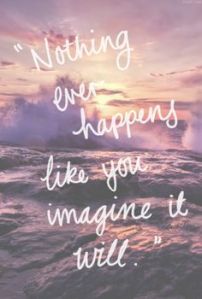 The other day, I heard in a Kryon recording (Kryon speaks to old souls and lightworkers)  that soon our scientists will be able to detect subtle energies.  With that capability, we will engineer galactic communication, like we now have planetary communication on our smart phones.  Imagine that!  He said this will happen soon after we make final peace in the Mid-East.

Now, I don’t remember whether it was Kryon or Steve Rother who recently said, “The uniting of all dimensions is imminent.”  [I don’t have time with this engineering job, to go back and check.]  I take that to mean that we are conscious and communicating in all the dimensions.   Well,  our Higher Self, Dolores Cannon’s “Subconscious”, our Christ Consciousness is beginning to act all the way through us, from that high level, through all the dimensions of our multidimensional self, to participate in, to affect, our daily lives.  This has been in process for many people.  Also, it could mean that we will sense and communicate with beings of other dimensions, and that we can cross from one dimension to another.

Well, all this is rather foreign, crazy and grandiose.  Take it all with the usual grain of salt, unless you’re beginning to get high blood pressure from all these posts!

Get quiet.  Find that still small point within you.  In that state, take the information your Higher Self gives you.

Are you ready? Because I know I’m ready. It’s insane out there. How much more do we have to endure before this charade is ended and we get real? What are they waiting for? You got me. All the indicators are that it’s time to GET THIS DONE. No more procrastination. It’s hump day but […]